Save your frequent replies and use them whenever needed instead of typing the same content several times.

Written by Moataz
Updated over a week ago

At Instabug we do believe in the importance of the user engagement. It helps to build a network of supporters and loyal customers who act as your main source of validation and information. Hence, we built some products that serve this purpose as the In-App Surveys and the In-App Chats.

The In-App Chat opens and maintains a 2-way communication channel between your customers and you. This connection can be initiated by your customers from within the application or by your team from the dashboard. In both cases, your team should always aim to be super responsive to motivate your customers to communicate with you more and more. Especially in the first case, where the user was the one who took the initiative and started the process.

After a while, you start to discover that some of the replies you send are repetitive. You type almost the same message several times. To make your process faster, we build the Saved Replies feature. Instead, of typing the same content several times, you can simply save it and use it whenever needed.

To create a new saved reply or edit an already existing one, click on your Name appearing on the bottom left corner of the dashboard. Then, select Company. Last, open the Saved Replies tab from the left column. 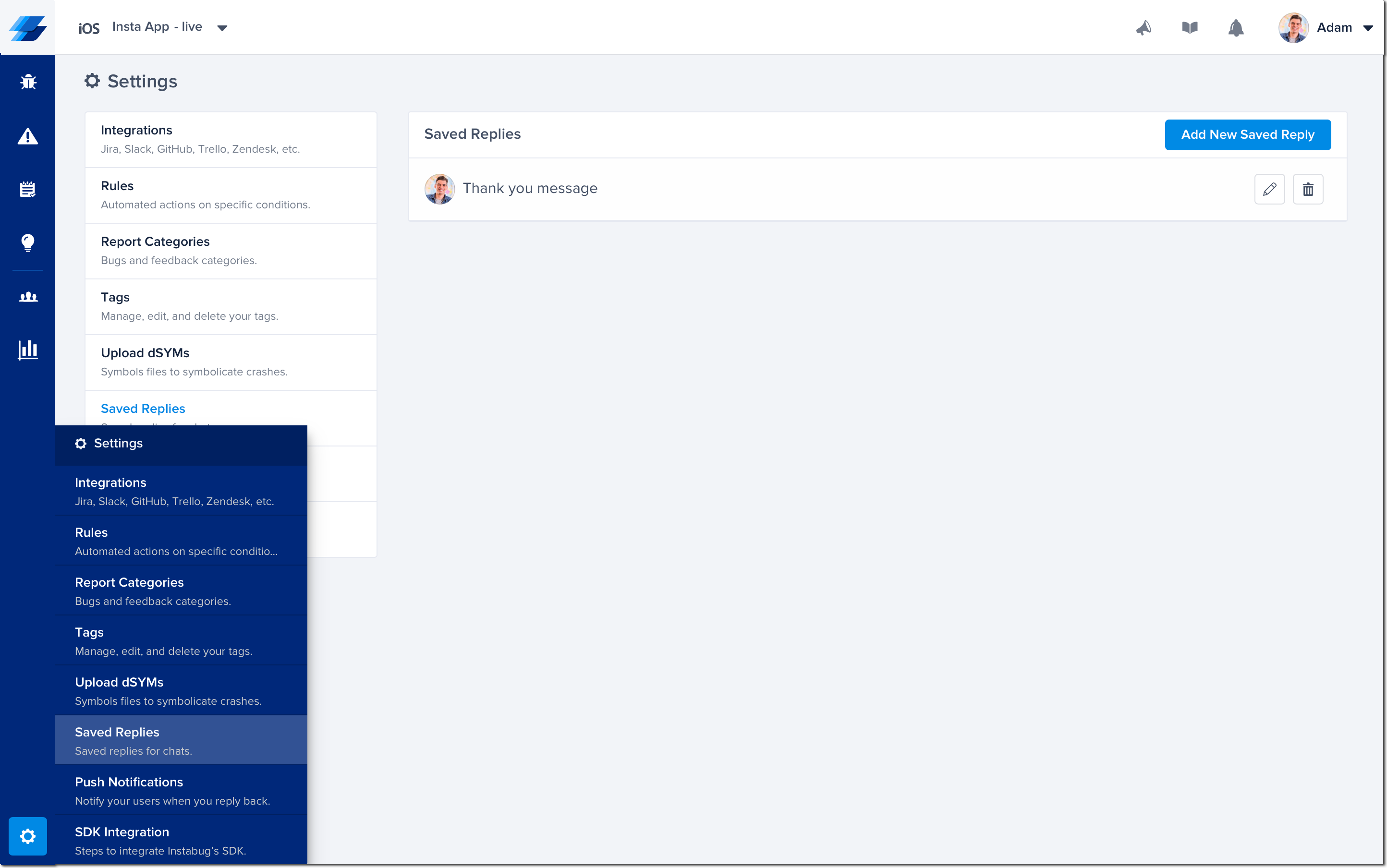 You can also create it directly from the conversations window while replying to your users.

You can add a normal reply (just the content text needed) and also you can add a Call To Action replies.

This type of saved replies is sent as a normal text. To create one you should select the radio button next to the *None* option. It can be used in many scenarios. As an example, an answer to a frequently asked question by the users. 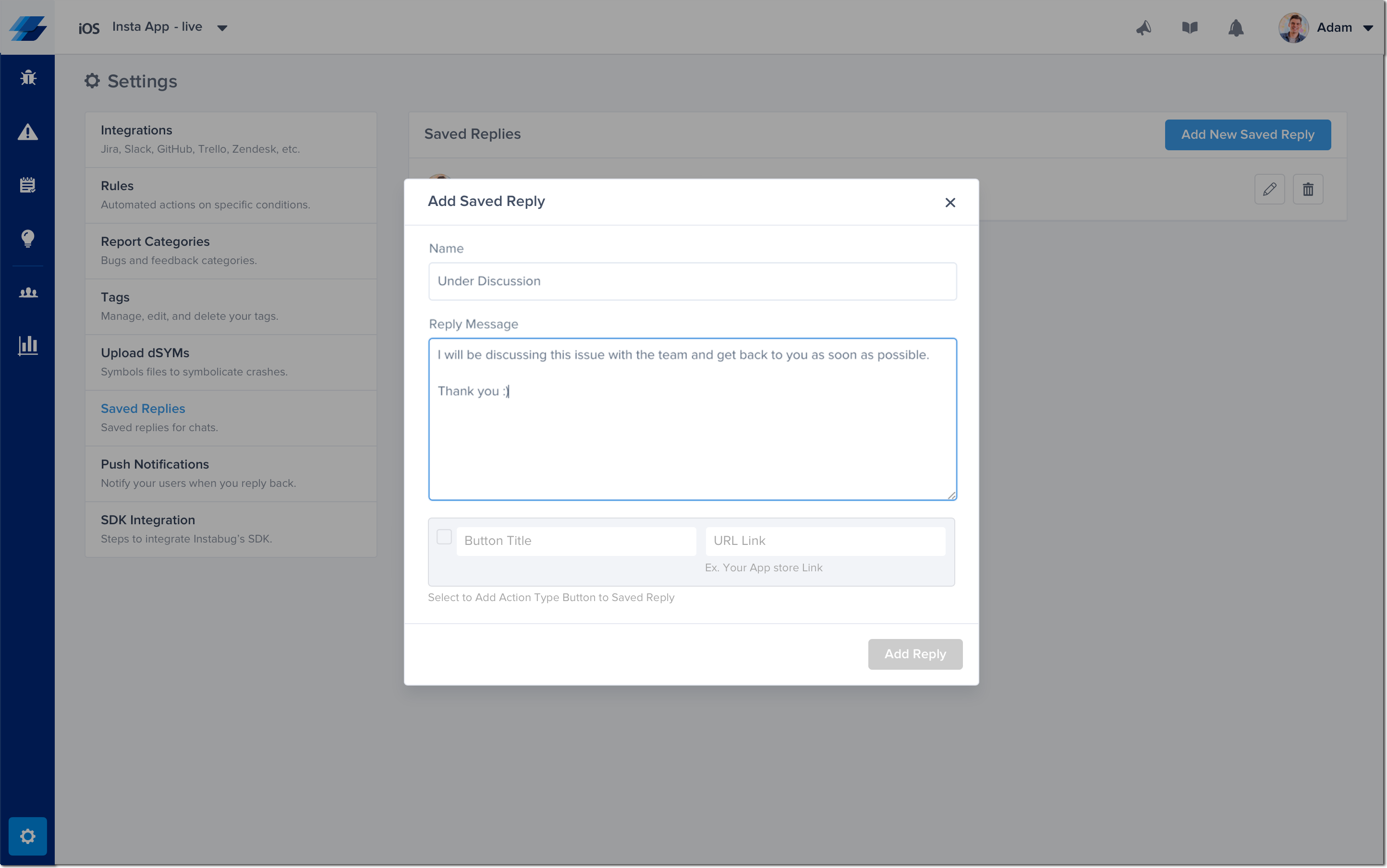 This type of replies is suitable when you want to the user receiving the message to do a certain action. For example, if you are asking the user to check a blog post, instead of just sending them a link, you can add an action which will appear as a button when received, that navigates to the blog post you are referring to. Another example, if you want the user to update the app to the latest version or rate your app on the store, if you just send them the request, there is a high possibility that they will ignore it. If you make it easier for them by adding a button that directly opens the app's page on the store within the message, you are increasing the possibility that they follow the instruction sent. 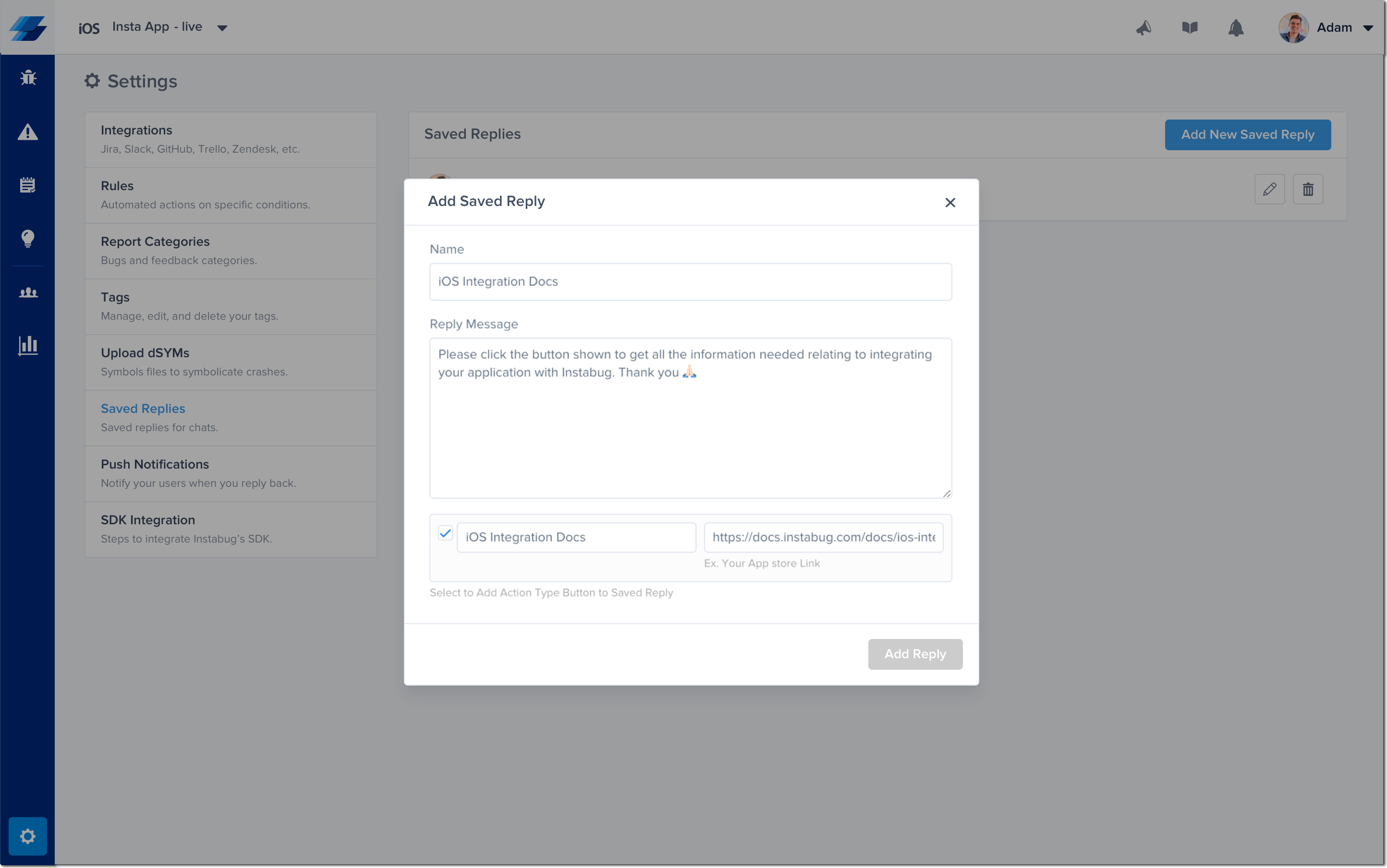 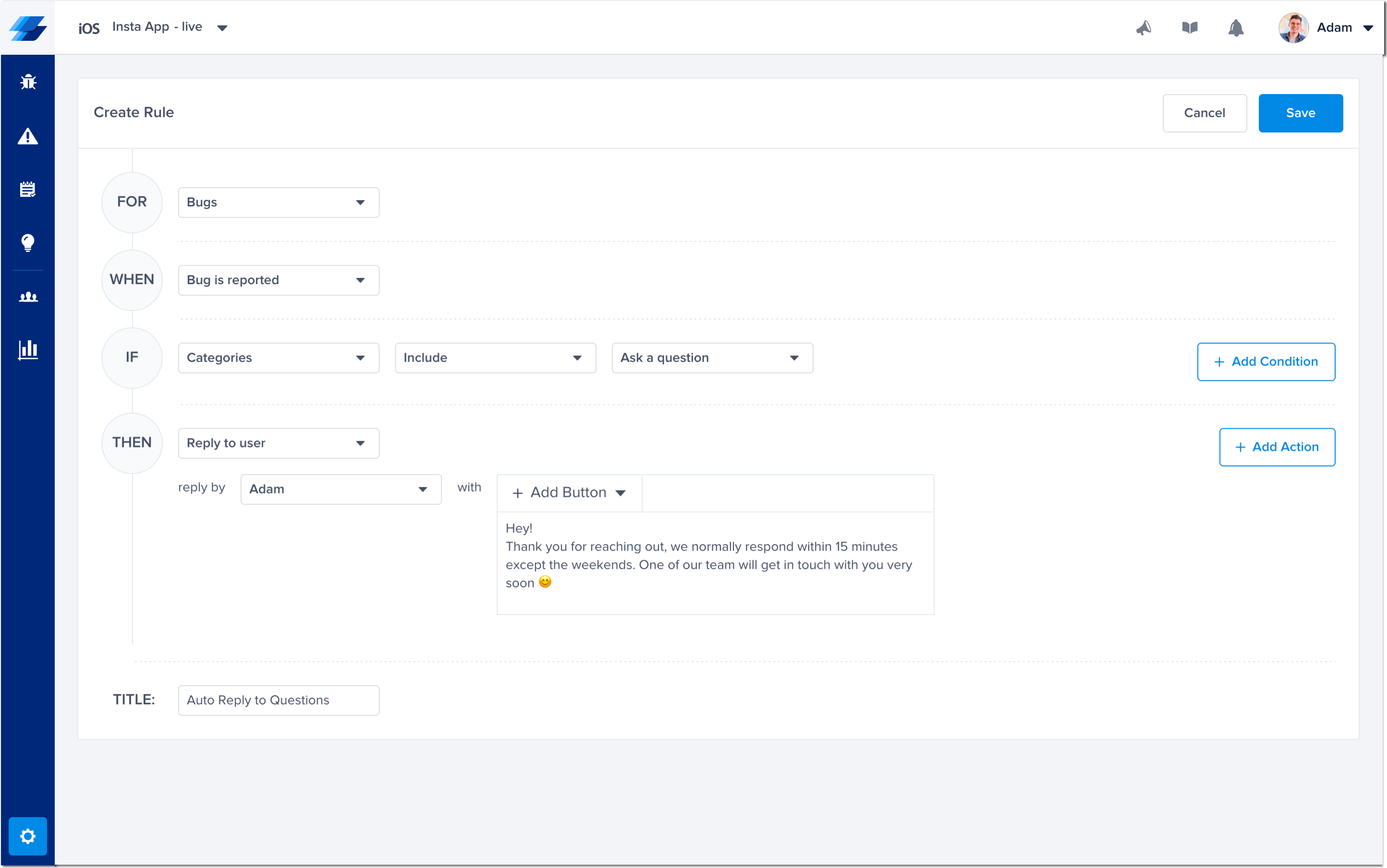