Get to know the the different analytics available to Enterprise plan users.

Written by Moataz
Updated over a week ago

Seeing analytics about your application across multiple different features, gathered straight from the usage of your application.
Here is a quick video shows you the product in action:

There are four different categories of analytics available:

See details and trends about each version you've released. Here are the kind of details you can find per app version: 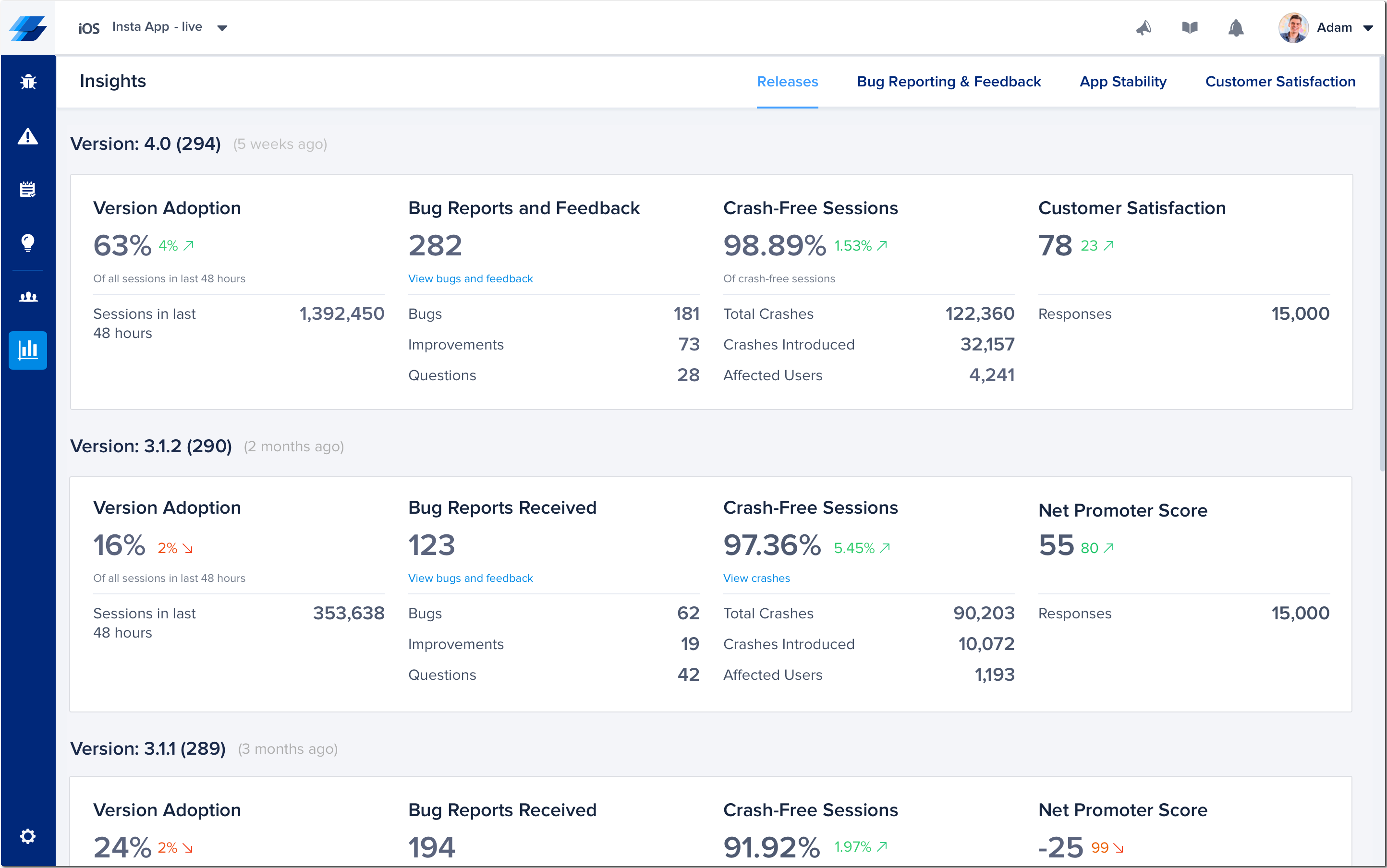 Gather analytics and usage data that represent your user interaction and bug reporting, as well as data regarding the problematic areas in your application. You can also see information regarding your team performance.

You'll be able to see the following data regarding the different types of incoming bugs and the number of users that report them: 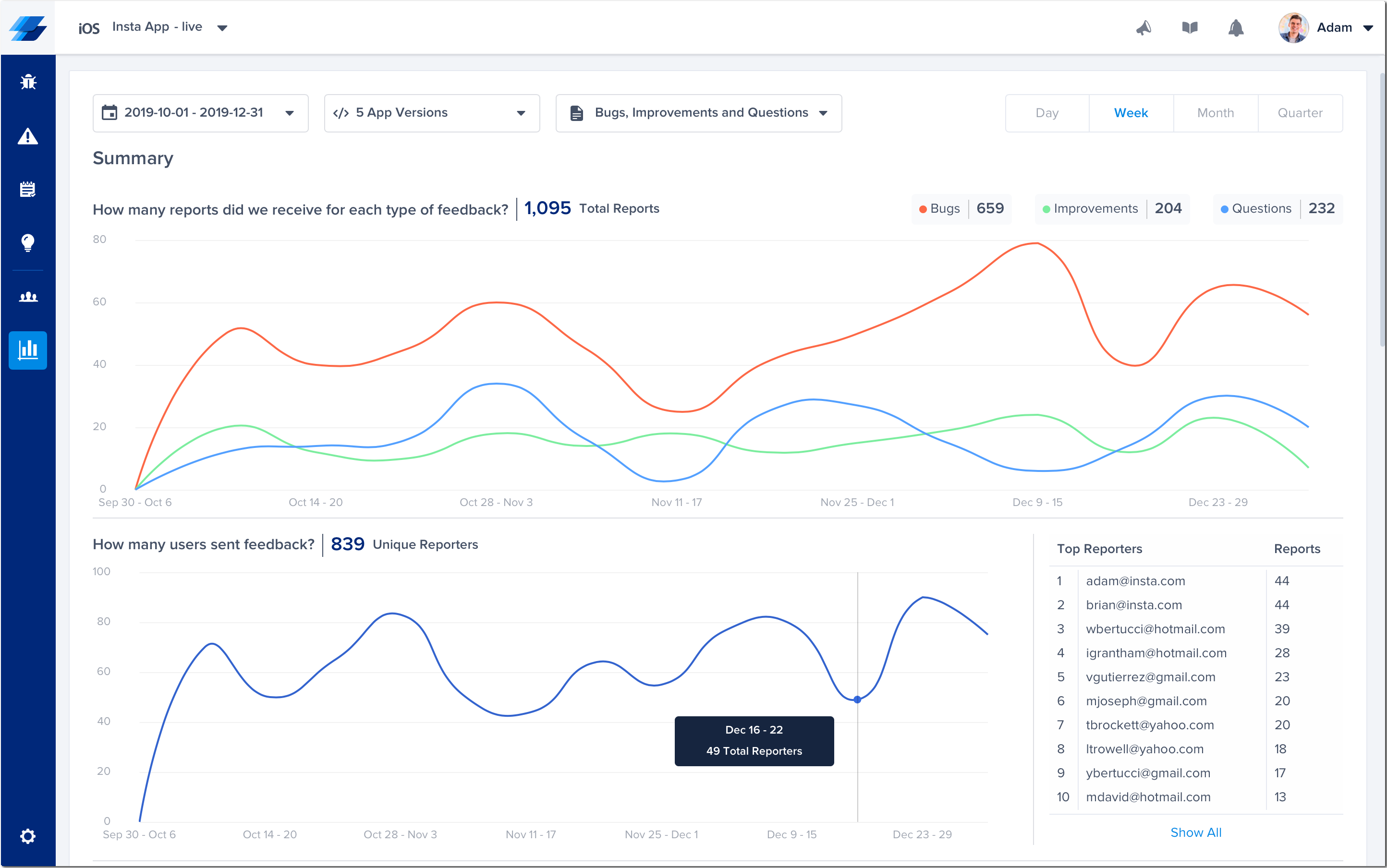 Seeing the trends of the incoming reports can help you plan future releases more efficiently. Here are the different types of trends we show: 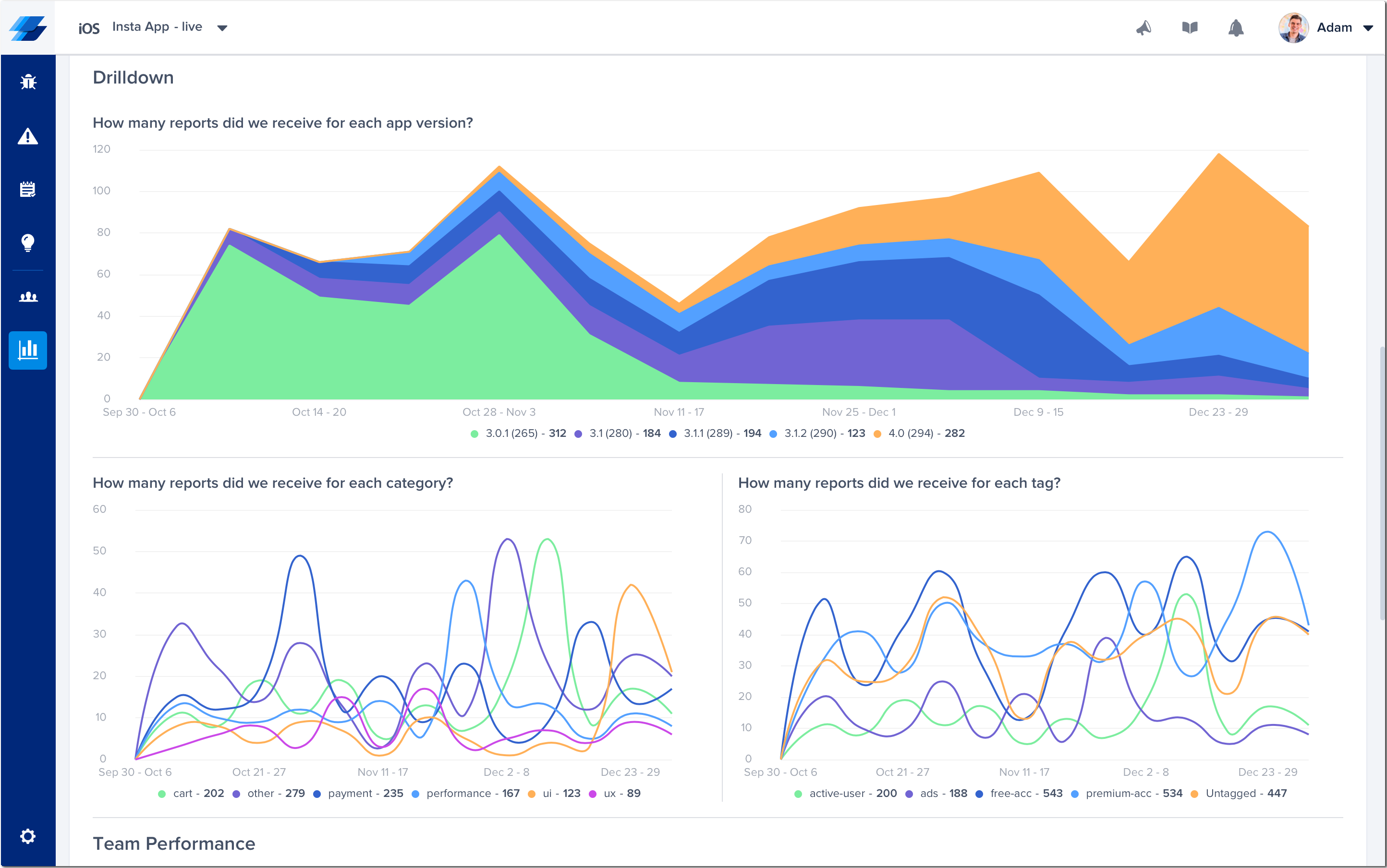 Check how your team is doing using the team performance analytics. Here's what we gather: 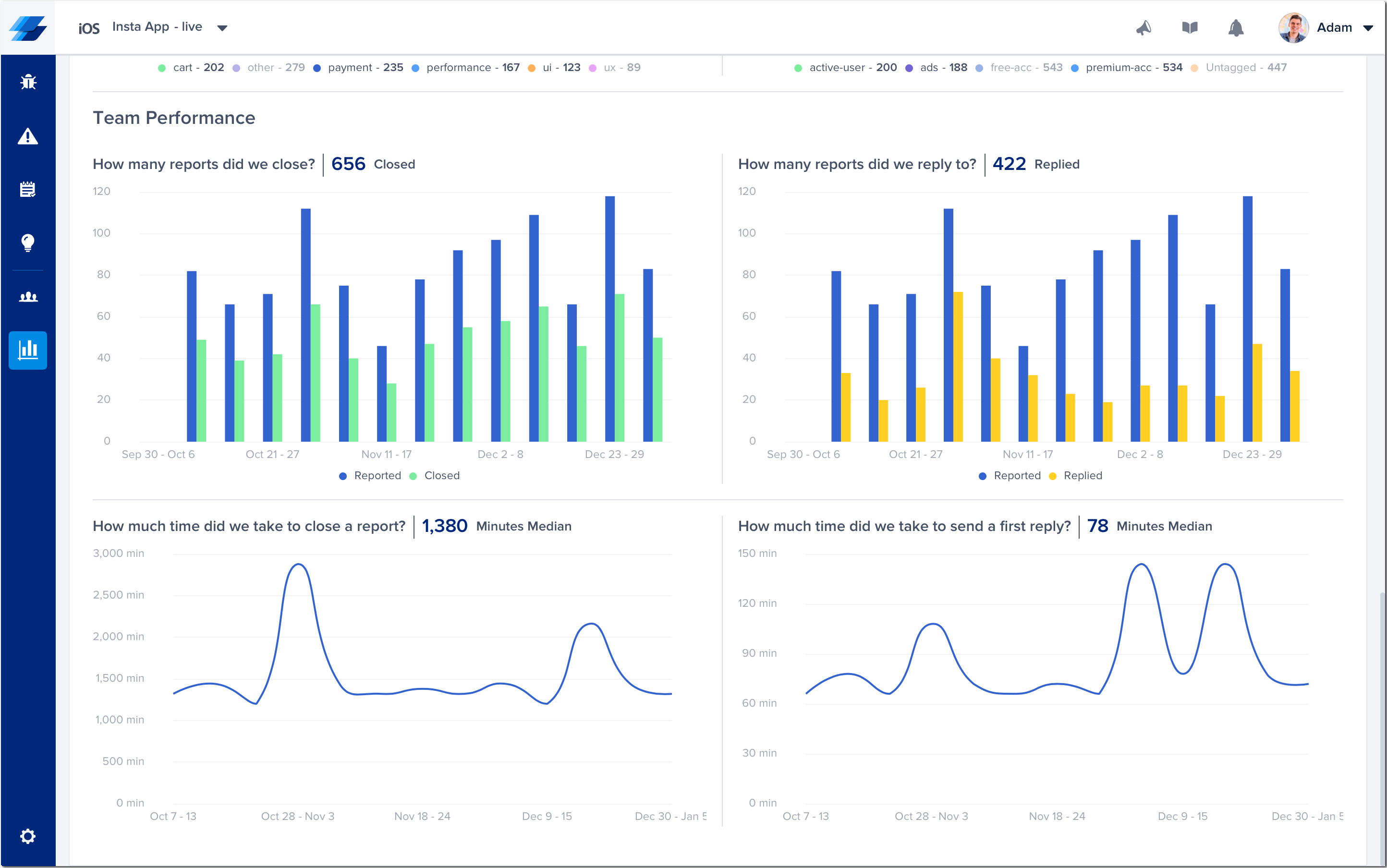 This section can be used to see trends and data regarding the overall stability of your application and the percentage of sessions it stays crash-free. You can use the following data to have a general idea about how often your app crashes with users: 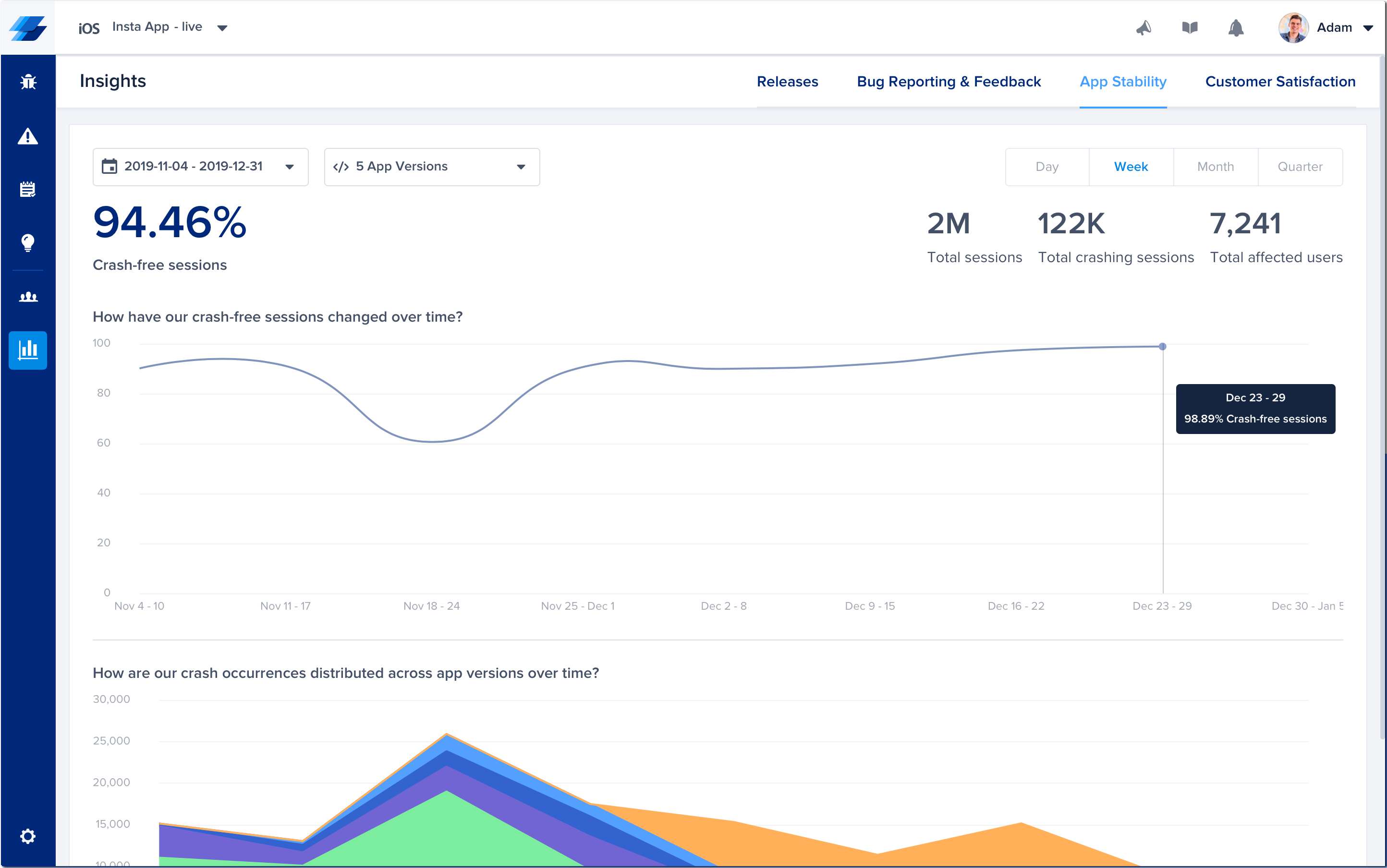 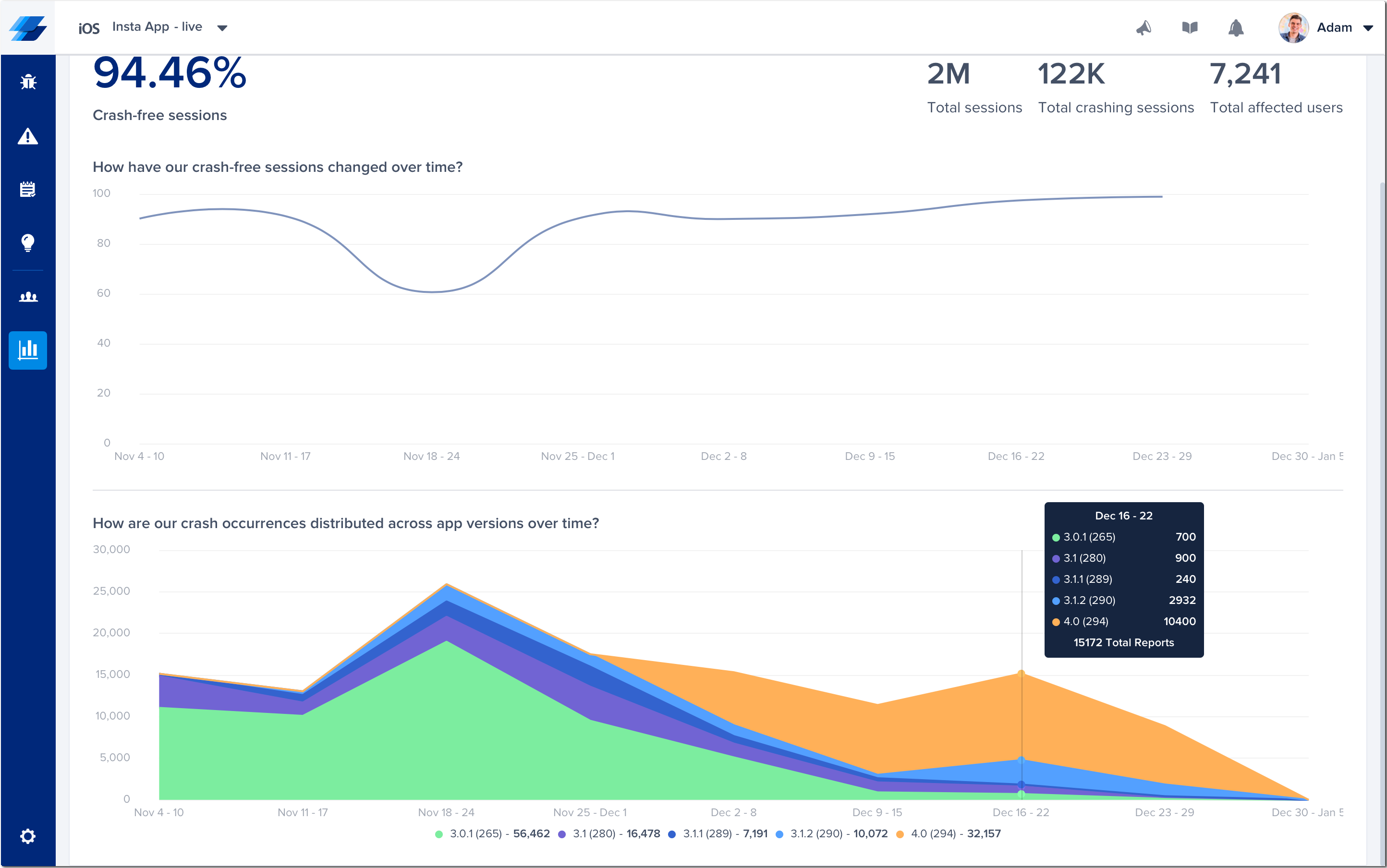 If you use NPS surveys, this section can show you trends regarding the satisfaction of your users over time. This can be particularly useful when deciding whether or not your app is on the right path. Here are the data that we capture to show this information: 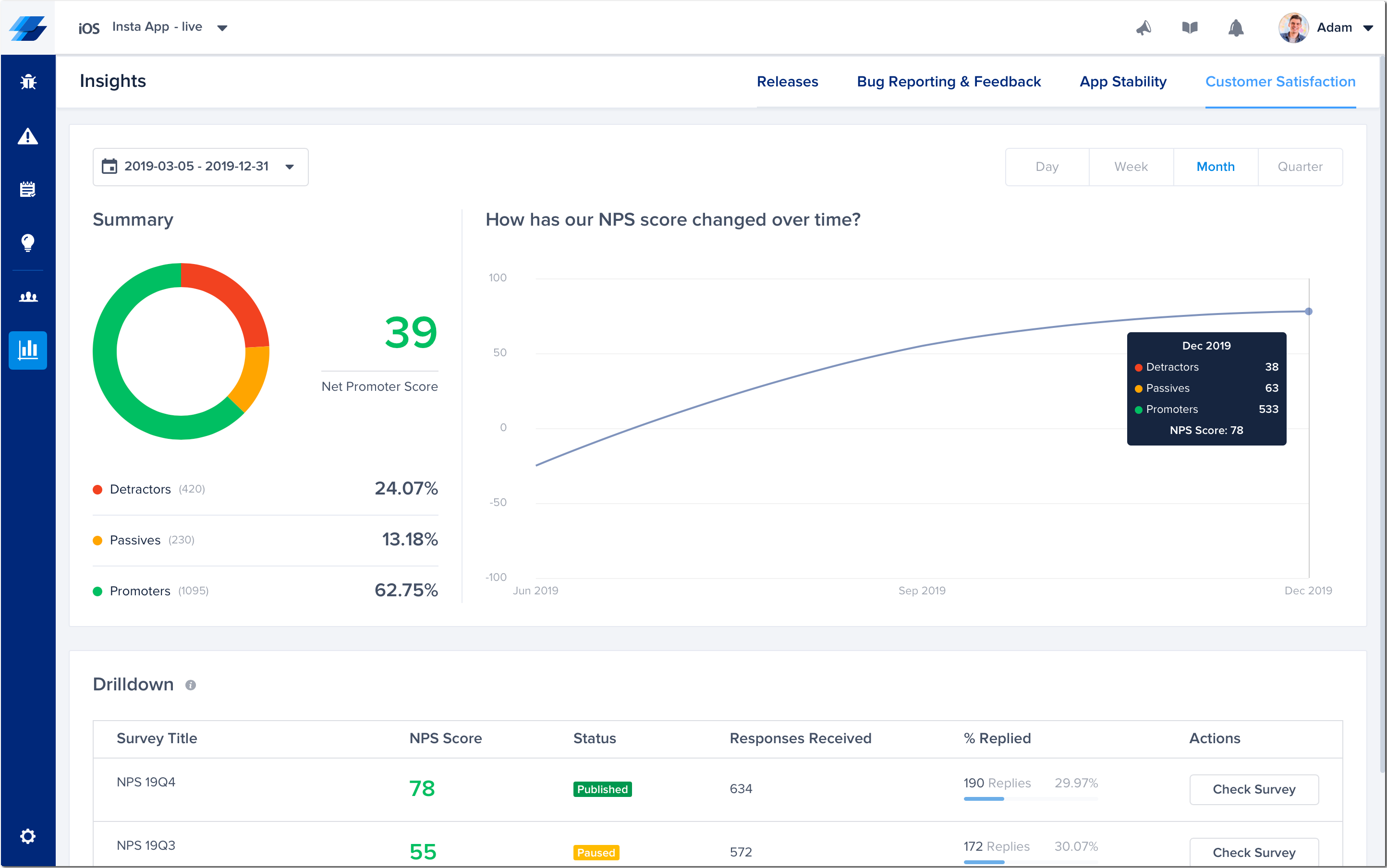